The foundation of a structure is naturally a central feature of any construction site, which is why you must understand the different options at your disposal in order to make the most practical choice for the specific project.

Strip footings and pad footings are the most common solutions by far, meaning they should be the first items to feature on your agenda.

Here’s all you need to know about both strip footings and pad footings, including the characteristics of each foundation type as well as their differences and most suitable uses.

Strip footings, otherwise known as strip foundations, are a shallow foundation type, usually boasting a founding level that is no greater than 3m from the ground surface.

As the name suggests, the formation is in a strip of linear structure that ultimately serves to spread the weight across the total area of the soil.

It is an option that is suited to most soil types as long as they boast a suitable bearing capacity.

Strip footings can, therefore, provide continuous support, which is most commonly level but can also be stepped, to support linear structures such as load-bearing walls.

Strip footings are a far better solution than pad footings when dealing with closely-spaced columns due to the way they are rendered.

Strip footings are also deemed the best option for light loads, such as those found in residential properties of low-to-medium rises because the strip footings can be used as a mass concrete footing.

The size and positions of strip footings are usually proportional to the width of the wall structure.

The depth of the strip will usually be equal to or greater than the wall width.

The footing width strip is often three times that of the supporting wall width, providing a 45 degree angle between wall base and the soil.

Strip footings should also be deep enough to avoid frost while it may be necessary to increase the width when working with softer soils.

Nonetheless, when needing to support a linear wall by spreading the stress points, strip foundation is often the best solution.

However, when the ground and soil type are deemed suitable, they can be made much deeper.

This instantly gives them a contrast from the strip footings, despite the fact that they ultimately serve a similar function.

Structurally speaking, one of the big differences is that pad footings are not formed by strips.

Instead, as the name suggests, they are formed by “pads”.

These are pieces of concrete, that can be shaped as rectangles, circles, or squares, which subsequently support single-point loads including structural columns or framed structures.

The intention of sustaining concentrated loads from the single-point load means that the method of support varies from the strip footing counterparts.

The upper face of these structures may be sloped, but the majority of pad footings will offer a consistent thickness.

While this thickness must be sufficient to support the plan shape, which itself is determined by the loads and bearing capacities of the ground layers below.

“Strip footings and pad footings are the most common solutions by far, meaning they should be the first items to feature on your agenda.”

The pads, apart from the smallest pads, can be reinforced to reduce the excavation requirements.

Due to their formation, pad footings can be used in several layouts.

While one project may use a series of well-separated pads, others may use continuous pads or balanced base pads.

Their biggest downfalls often relate to wind and/or uplift forces.

What other foundation types are there?

There are several alternative types of foundation that can be used during your next project, and project managers and construction workers are advised to conduct the necessary research, in consultation with your engineer, to find out more about each of the applicable solutions.

A raft foundation is the most likely alternative, and is characterised as a large concrete slab that extends over the loaded area.

The purpose of this is to spread the weight of the load over a larger area to reduce stress on foundation soils.

It can also prevent differential settlement, which is something that neither pad foundation or strip foundation can achieve.

While the principal function of both pad footings and strip footings are very different, the use of a single strip structure will be suitable in different situations to the concept of pads and single-load structures.

If you’re still unsure about which foundations you can use for supporting a wall structure, speak to an engineer.

After all, the wrong decision could spell disaster for the entire project. 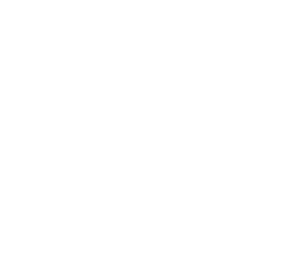